What Is A club Challenge Coins

The exact origins of challenge coins are uncertain, but they are believed to have originated in the military. One popular story is that they were first used during World War I by American soldiers to prove their identity and membership in a unit. What Is A club Challenge Coins are generally a medallion or metal coin that bears the insignia of an organization or a logo or emblem carried by a member of any organization. Challenge coins have a traditional value for military individuals. Another story is that they were first used by a wealthy officer to reward his men for a successful mission. Challenge coins are typically made of metal and feature the emblem or insignia of the group or organization on one side, and sometimes have a design or motto on the other side. Challenge coins are historically awarded to military soldiers by their unit commander in appreciation and recognition of some remarkable and courageous achievements.

Challenge coins are heavily collected by some retired and active law enforcement personnel and service members. Challenge coins are traded and exchanged during the visits of various international organizations during service tours.

Club challenge coins are small coins or medallions that are often used as a symbol of membership in a group or organization. They are often given to members as a way to recognize their participation and dedication to the group. The coins usually have the emblem or logo of the group on one side, and the other side may have the group’s motto or mission statement, or other relevant information.

These coins have been popularized by military units as a way to show unit pride and camaraderie. Challenge coins are often carried by members at all times, and it is common for members to “challenge” each other to show their coins as a way to prove their membership in the group. If a member is challenged and cannot produce their coin, they may be required to buy a round of drinks for the group or perform some other action as a penalty.

Club challenge coins are used by various clubs or organizations. For example, for sports teams, fraternities, sororities, alumni associations, veteran groups, and other organizations. They have been used as a way to foster a sense of community and belonging among members, and they are often collected and cherished as sentimental keepsakes.

They can come in different materials like metal, plastic, wood, etc, and also are customized by design, size, and color. Club challenge coins are often given to members of the organization or group being honored, as well as to other individuals who may be interested in collecting them.

The Historical Perspective Of Challenge Coins

These coins were often given to the soldiers by their commanding officers and were meant to boost morale and foster a sense of camaraderie among the troops.

The practice of carrying challenge coins became more widespread during World War II, and it has continued in the military and other organizations to the present day. In recent years, challenge coins have become popular in a variety of settings, including corporate and sports organizations, as a way to recognize achievements and build morale.

The history of challenge coins dates back to World War I when American soldiers would carry small coins with them as a way to prove their membership in a unit.

The exact origins of challenge coins are disputed, but they are believed to have originated in the military and have been used to demonstrate membership and build camaraderie among members of a group or organization. 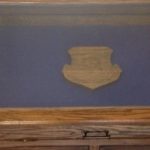 What Is The Best Way To Display A Coin Collection Can A Civilian Carry a Challenge Coin What Are The Unique Custom Challenge Coin Designs

What Is A Corporate Challenge Coins In 2023

Where To Buy Custom Challenge Coins

How To Display Challenge Coins

How Much Do Custom Challenge Coins Cost

What Is A Government Challenge Coins In 2023

What Does It Mean To Be Given A Challenge Coin